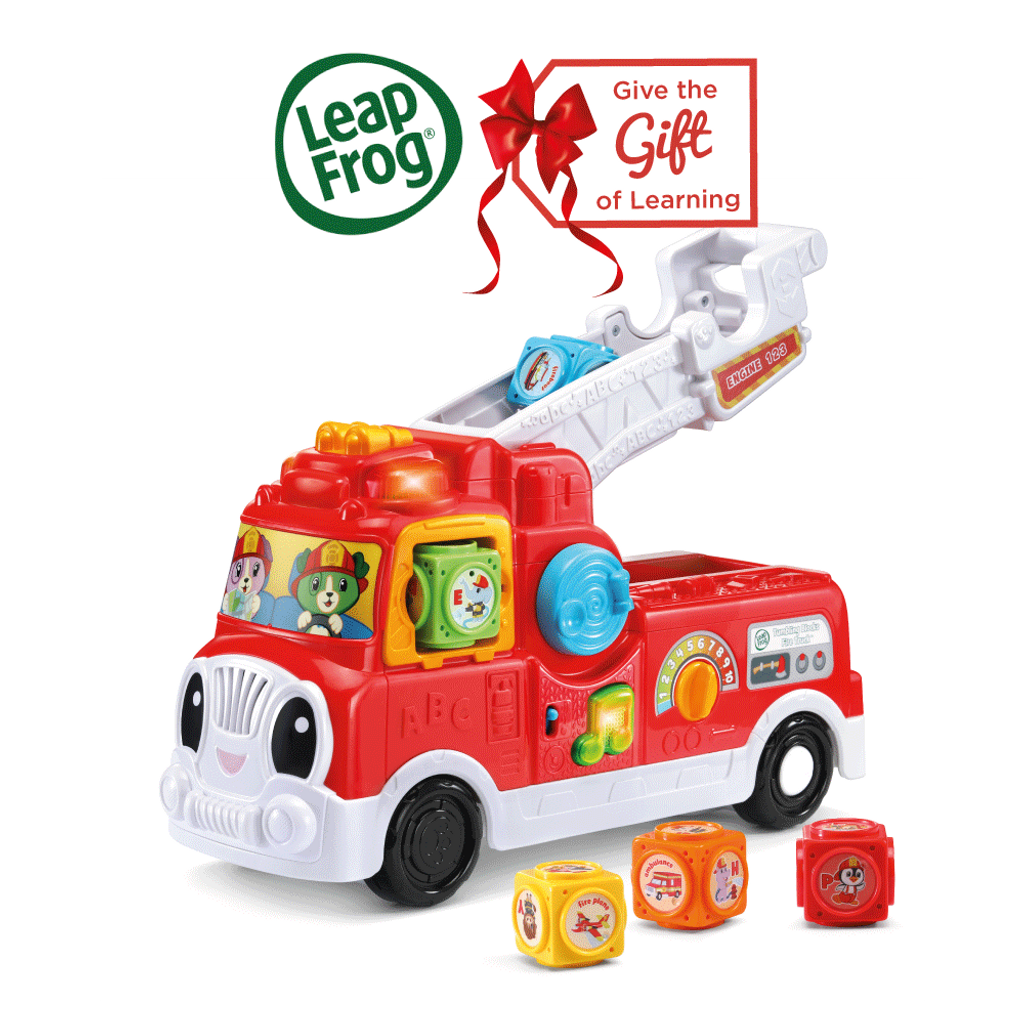 Sound the alarm and lift the ladder! Five tumbling blocks and a fire engine have come to play, and they’re on a mission. Place each of the interactive blocks in the Tumbling Blocks Fire Truck™ driver's seat to hear the names and sounds of letters and animals from A to Z. Raise the blocks up on the fire truck's ladder and send them tumbling down! Lower the ladder, and another block is automatically loaded for more tumble-down play. With flashing lights, a sounding siren and a turning water hose, little firefighters can role-play a rescue operation. Press the missions button to answer a call. “There’s a fire at the bakery! Send help!” Place an animal block in the driver's seat to choose the rescue mission leader. With the music button, hear the ABC song. After playtime, store all blocks in the back of the truck. Little firefighters to the rescue! Intended for ages 18-36 months. Requires 2 AA batteries. Batteries included for demo purposes only. New batteries recommended for regular use.

Interactive blocks
Place one of the five blocks in the driver's seat to hear letters, animal names and sounds.

Tumble-down ladder
Raise the blocks up on the ladder and send them tumbling down for cause-and-effect play. Lower the ladder to automatically reload the next block!

Dynamic learning missions
Play the role of hero and go on a rescue mission with an animal friend.

Siren button
When it's rescue time, sound the alarm by pressing the siren button.

Water level gauge
When it's rescue time, sound the alarm by pressing the siren button.